Back to Back, 2022
Multi-channel film installation with stereo sound
64 minutes

In Swedish institutions such as the Tornedalian workhouses for children and the schools for the Deaf and hard of hearing, Meänkieli and Swedish Sign Language were banned for most of the 20th century. In this multi-channel film installation, the artists put their mother tongues at the centre, back to back, with the help of the poets Jamila and Amina Ouahid, and Tornedalian activist Fanny Eriksson.

Karin Keisu (b. 1995, Tornedalen) and Josse Thuresson (b. 1992, Stockholm) have been working as an artistic duo since 2018. Their projects take the form of film, performance, text, and new media, as well as curating, addressing politics of language, queer time and the strength of being on the margins. They received their education at Konstfack University of Arts, Crafts and Design, Oslo National Academy of the Arts and at the Academy of Fine Arts Vienna. 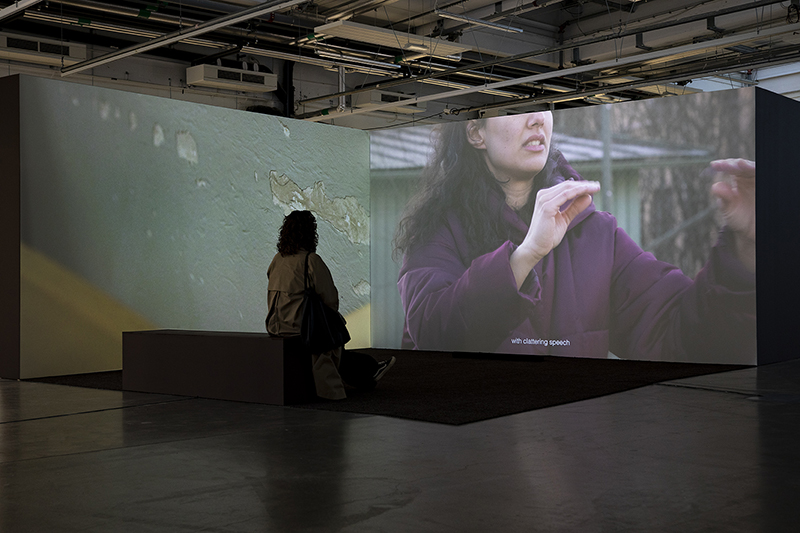 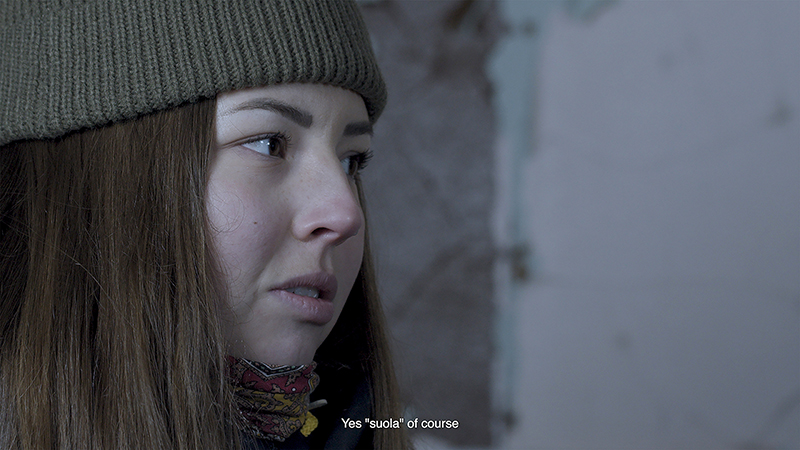 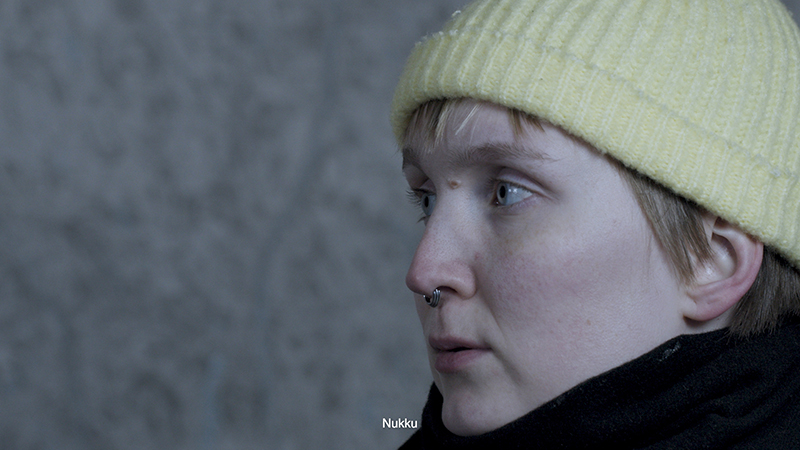 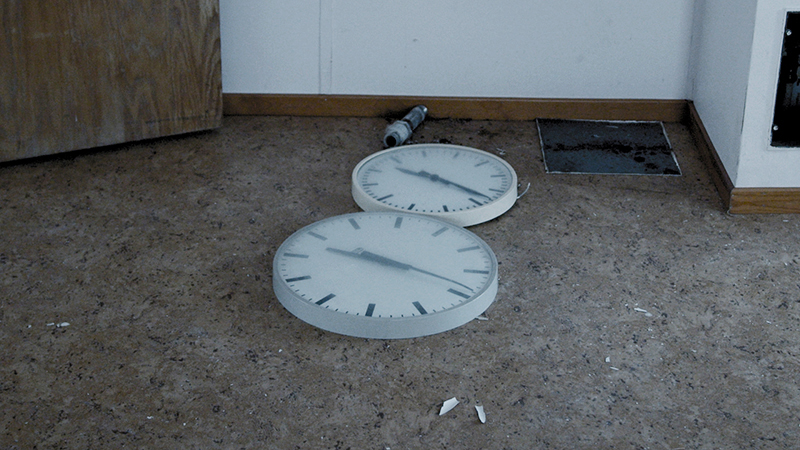 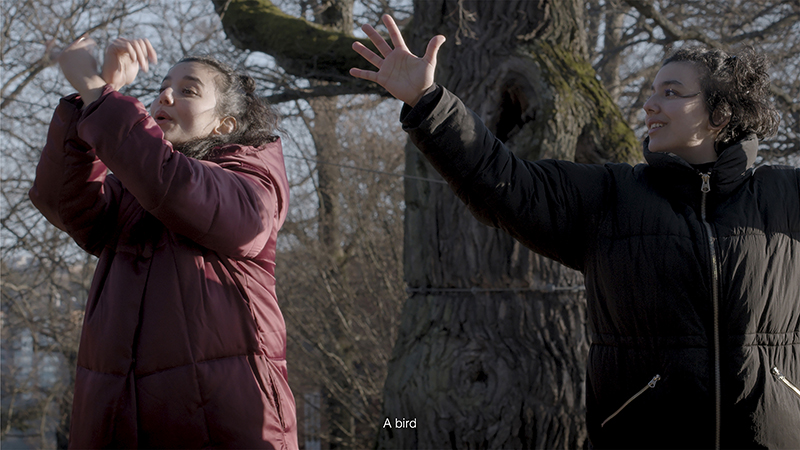 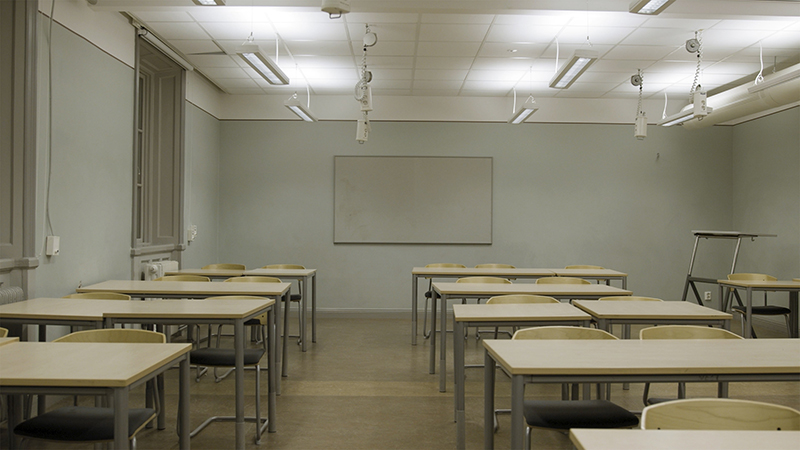